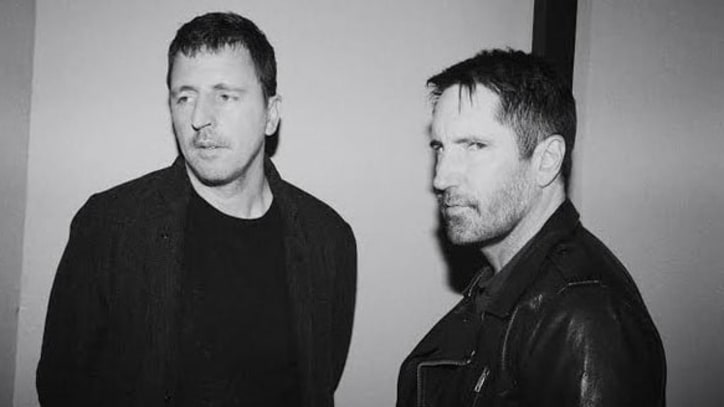 Apparently, in an interview early this year (that I somehow seemed to miss) Trent Reznor promised that we would see new Nine Inch Nails material before the end of 2016. This didn’t really come to my attention until I saw a post on Bloody Disgusting, wondering if Reznor would make the deadline, as we were already into the last month of this less than stellar year.

And in pure Trent Reznor fashion, he comes out of nowhere with the announcement of Not The Actual Events, a five-song EP to tide us over before he releases a full record (rumors are next year). Being a huge NIN fan, I was already on board, but got even more excited when Reznor announced that the record would be, “unfriendly, fairly impenetrable.”

I’ll state from the beginning that I am a huge fan of The Fragile, I think it’s sonically, and thematically, the best Nine Inch Nails record that Reznor has produced. But I am also a fan of the aggressive, and angry Reznor we got with Broken, and The Downward Spiral. The first time I had a chance to glimpse the album’s artwork it very much reminded me of cover to And All That Could Have Been: Still, outtakes that didn’t make it onto The Fragile, and I wondered if Reznor was trying to hone into all three of those albums.

The record actually reminds me of a weird mishmash of The Downward Spiral, The Fragile, and Year Zero, and I am not complaining as those are probably my three favorite Nine Inch Nails albums. I didn’t hear as much of the punk aggression of Broken as others, as I feel that record was made by an angry young man, while this has an almost slow dirge, reminding me of bands like Godflesh. The anger is there, but it’s more methodical, and well thought out. Like an older guy whose angry, but is choosing how he expresses his anger, and aggression wisely. And while I didn’t hate, Hesitation Marks, I felt it suffered. It had a few songs, especially towards the middle, that dragged the albums down. When Reznor, and Atticus Ross, build massive soundscapes, it pounds and gets into your head. And that is exactly what they do with Not The Actual Events. Plus, every song flows from one to the other. It doesn’t feel like we need any more than what they presented us with. Branches/Bones, is a quick, blistering opener, that really shows when Reznor, and Ross, throw layer upon layer of guitar and electronics at you, it gets you pumped. Dear World, reminds me of something from Year Zero, and would have felt at home on the record, though it feels perfectly in place. The Idea of You is also a fast, heavy song inbetween what I think our the album’s stand-out tracks, She’s Gone Away, and Burning Bright (Field on Fire). These two songs feel like the natural progression of The Downward Spiral, and The Fragile. Like lost songs if Reznor hadn’t made With Teeth (an album I love by the way), and gone down a different path.

I will say this is definitely worth picking up, and it’s available on all digital formats, as well as physical versions you can pick up from nin.com.

This site uses Akismet to reduce spam. Learn how your comment data is processed.